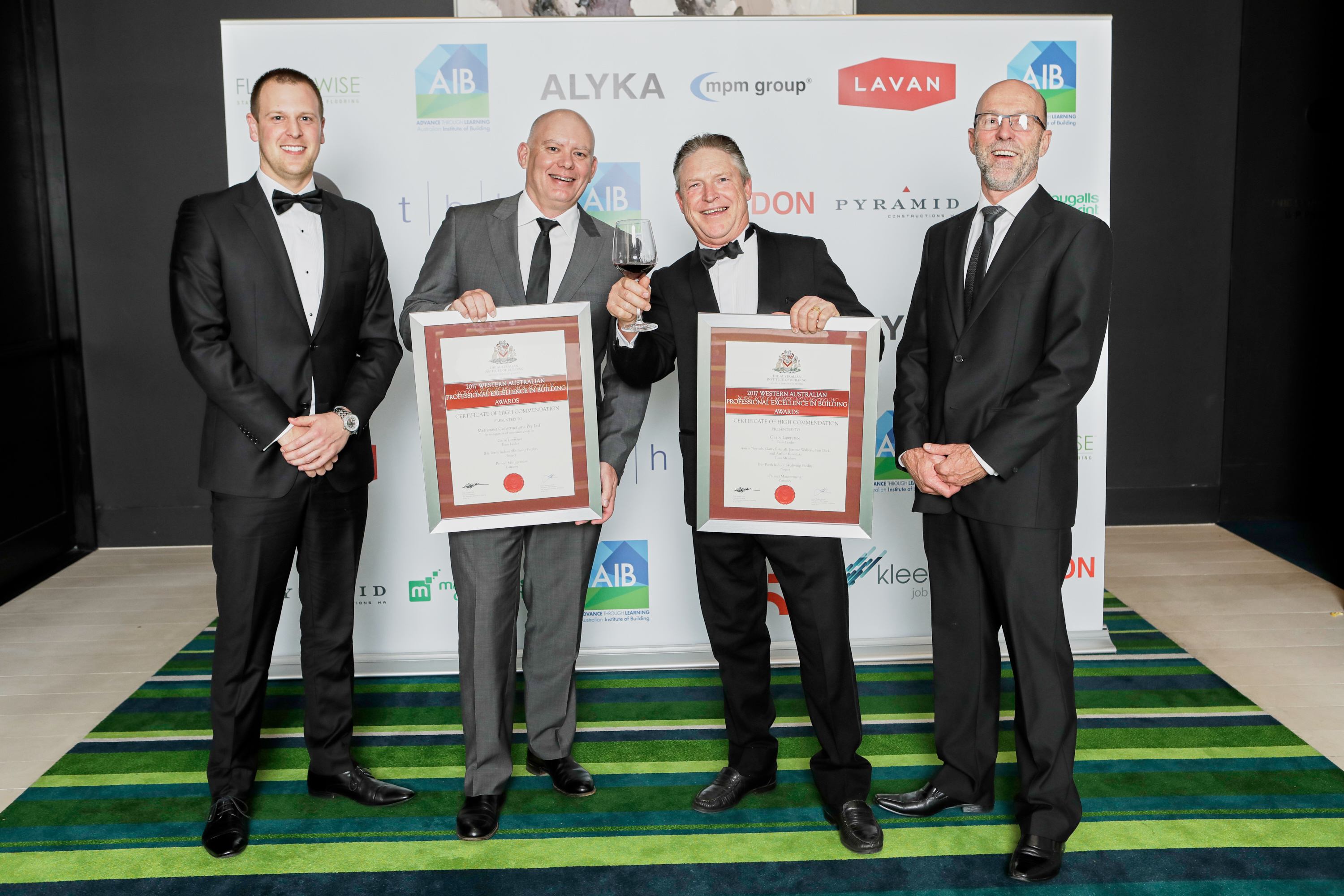 The AIB Professional Excellence in Building Awards recognises professional excellence of individuals in the building and construction process, as opposed to the project or completed structure. These awards are about how it was built, not what was built.

Metrowest was thrilled at the recent AIB WA Annual Awards night, when Project Manager Garry Lawrence was awarded the Certificate of High Commendation in the Project Management category. This award credited the management methods, organisational skills and the innovative techniques Garry used to overcome difficulties during the building and construction process for the iFly Indoor Skydiving project.

Metrowest congratulates Garry Lawrence on this well deserved industry achievement. We are proud to be associated with Garry and the iFly Indoor Skydiving project team members.